Bleak House has been languishing on my bookshelf for years, firmly established in the tl;dr pile. I’m pretty sure it’s even longer than the Game of Thrones books. It certainly took me longer to read. I decided to give it a try after I blazed through several books and wanted to slow down with a long one. That, and Dickens seems to be perfect Christmas-time reading. At some point when I was in high school, I read A Christmas Carol – or enough of it, at least, to pass a test on it. I liked it well enough. I also read Hard Times because a teacher I really respected recommended that I read it. When I was in college, I read exactly zero Dickens, which seems strange to me. The first book I read after I graduated with my English degree, though, was A Tale of Two Cities. Which I loved. I should read that one again, in fact. A couple of years ago, I tried reading Great Expectations, but I couldn’t get through it. And I think I tried David Copperfield at some point, also unsuccessfully. Last year, I reread Hard Times and thoroughly enjoyed it. Anyway.

I started reading Bleak House without really committing to it. It’s really long, and I thought it would be boring. It begins with a long explanation of a civil suit called Jarndyce and Jarndyce. Except it’s funny. I was hooked almost immediately. The plot is so long and complicated that I’ll just note the (early) highlights. There are two points-of-view: an omniscient third person and one from Esther Summerson in first person. Esther is a young orphan who lives with her very severe aunt until said aunt dies, and then she is taken by John Jarndyce, who refuses to be directly involved in said lawsuit, though it affects him. At the same time, he takes in two Jarndyce-related wards, Ada and Richard, who fall in love. We follow these characters and at least a couple dozen more through their lives, all somehow related to Jarndyce and Jarndyce. The title comes from John Jarndyce’s house, which is in no way bleak. We eventually find out where Esther came from, and every little thing is interconnected and resolved neatly by the end. Too neatly, I think, though I guess that’s what I should expect from Dickens.

I loved this book so much, which is especially surprising since I didn’t think I’d even make it through. I certainly didn’t think I’d enjoy every page. There weren’t even rough patches that bored me. My only problem with it is the end because perfectly tied-up endings annoy me. Bleak House made me want to reread A Tale of Two Cities and give David Copperfield another try. I don’t know why this one isn’t up there in popularity with the likes of A Christmas Carol and Great Expectations, except that it’s long as all hell. After reading so many long books this year, I’m amused that I avoided them so much in the past. But I’ll talk about that in my next post.

Also in my next post: the big reveal! Palmer and I have been repainting and otherwise upgrading the front room of our house, which fairly recently became my library. Here’s our grand beginning:

The cats played Kitteh Fort with my displaced books. Much fun was had by all.

Here’s the damage. I’m hoping most of them will be back on their shelves by the end of today.

In other, non-book-related news, OpenEmu, a video game emulator (okay, an emulator platform?), was released for mac. This thing is beautiful and super user-friendly. I’d even taken the trouble to compile it when it was still in beta. Now I can play so many of my favorite games – like Zelda: Link’s Awakening. I still had the game, but I didn’t have a Game Boy old enough to play the original games. Fun! 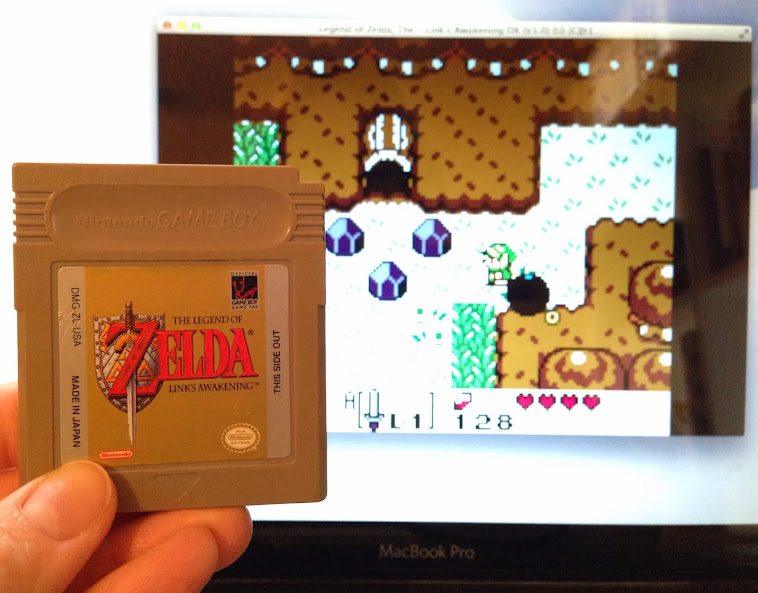 Now, to finish my library so I can read in it!