After a series of long books, I decided to read a short one, though I didn’t think I’d get through it this quickly. Once I picked up Pedro Páramo, I had a hard time putting it down. I read it in two sittings: most of it last night and the remainder this morning. It had been on my TBR list for longer than I’d like to admit, and I don’t know why I hadn’t picked it up yet, especially since it’s so short. I think it’s yet another good Goodreads recommendation. I couldn’t find it in digital format, so at some point I ordered a used copy. It’s been sitting on my shelf for at least a year. I put it on my list for Roof Beam Reader’s 2014 TBR Pile Challenge, which is why I finally read it. Too bad my TBR pile is growing at a faster rate than I can read. Anyway.

Pedro Parámo is about a man whose mother just died. She instructed him to go to Comala, a small town in Mexico, to search for his father.  When he gets there, he discovers a town full of ghosts, and through conversations with them, we learn what happened to the town and to his father.

The basic plot is simple, but the novel is not. It’s magical realism and stylistically kind of like a mix between Gabriel Garcia Marquez and Italo Calvino. It’s full of pauses, and there’s always the beat of rain in the background. It’s one of those books that sticks around in my head. It’s the best and most beautiful book I’ve read since Stoner, though that wasn’t so long ago. I’ve gotten lucky with a lot of books over the past couple of years, and this is one for which I’m especially grateful.

I’d like to delve into a whole library of books by Juan Rulfo, but there aren’t many to be had, and I don’t know how much of it has been translated into English. Pedro Páramo is good enough, though, that I think I’m satisfied. It’s one of the few books I’ll probably be rereading soon.

As I’m sure you can imagine, not much has happened since my last post. I would, though, like to call your attention to this amazing coffee: 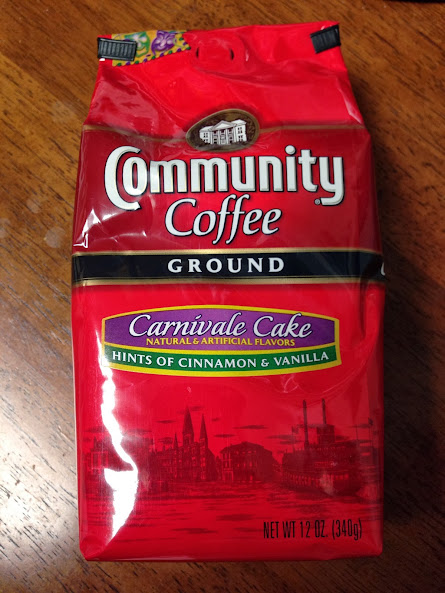 I was brought up on New Orleans Blend and am an avid Community drinker. Palmer isn’t a fan of chicory, so I started drinking Hotel Blend a year or two ago. Last week, I was at Kroger and saw this Carnivale Cake, and even though I don’t usually drink flavored coffee, I was intrigued (okay, maybe it’s because I keep seeing Blue Bell’s King Cake ice cream, and I know that would probably kill me). And it’s so good! If you’re lucky enough to live in an area where you can find Community (is that everywhere now?), you should get a bag. If nothing else, it’s good for a Mardi Gras chuckle.

Also: You know how, in my last post, I said that Palmer was working on a Youtube video? Wellll, he posted that one and another one, both from Birmingham and both shot with his shiny new Canon SLR:

That camera was a good purchase. I’m beginning to think I need a new SLR…